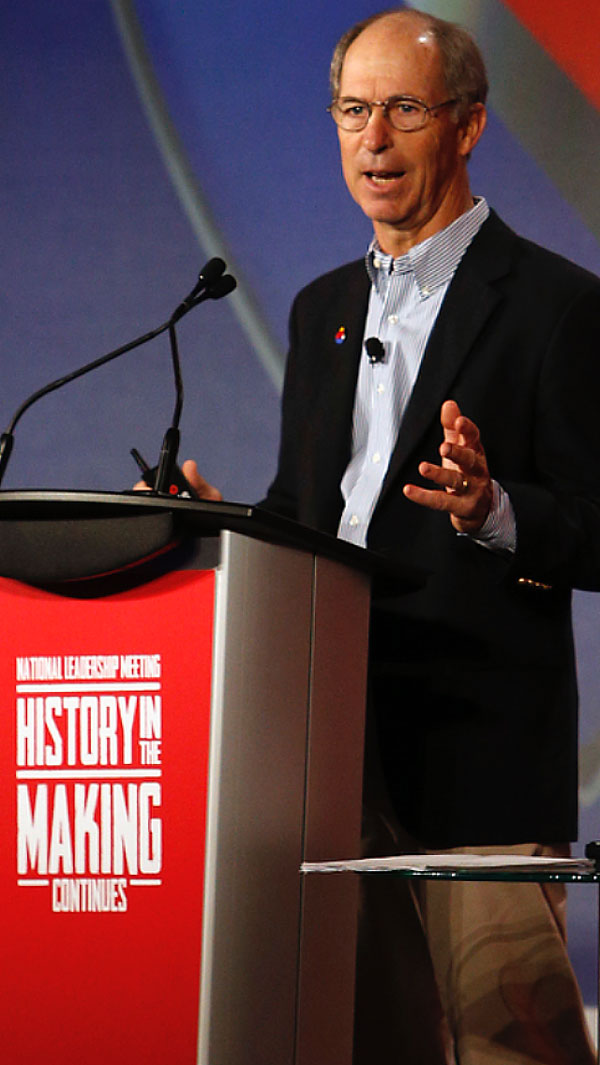 Dave Ridley retired from Southwest Airlines in 2015 after a 27 year career. During this period, he served as a senior executive in a variety of operational, commercial, and staff functions including: SVP Chief Marketing Officer; SVP People and Leadership Development; SVP Business Development; and VP of Ground (Airport) Operations. From 1998 until his retirement, he served on the Executive Committee, the CEO’s staff responsible for strategy and corporate policy.

During Dave’s years at Southwest (1988-2015), the company grew from a $700 million in revenue regional airline flying to 26 U.S. cities to become the largest domestic airline in the United States with over $20B in revenue, now flying to over 100 cities in 41 states, Mexico and the Caribbean. Southwest is the only airline in the world to post a profit every year for the past 48 years and it consistently ranks in Fortune’s ‘Top 10 Most Admired Companies in the World’. Its unique culture is well known and recognized as a reason why Southwest is generally regarded as being one of the best companies in the world to work.

Dave now provides keynote speeches and advises organizations around the world sharing lessons learned in his career at Southwest regarding building a world class brand based on service excellence, the type of leadership required to do so, and the importance of a healthy corporate culture in sustaining it.

A native Texan, Dave earned his BBA in the Honors Business Program at the University of Texas at Austin in 1975 and received his MBA at Southern Methodist University in 1981. Prior to joining Southwest in 1988, he worked in marketing and business development capacities with several Dallas area companies.

Dave has enjoyed 40 years of undeserved good fortune as the husband of Mary Flo Ridley. They are the grateful parents of three children as well as the grandparents of eight wonderful grandchildren. He is a passionate golf nut whose addiction thereto is perhaps superseded only by his love for ice cream.